Have you heard of nattokinase?

Nattokinase has been studied in animals and humans, and these studies support that nattokinase may have certain beneficial effects such as: 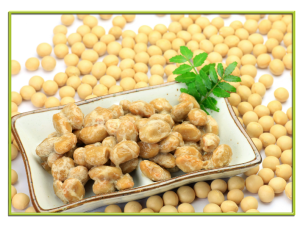 study such effects on cardiovascular disease and cognition. Unfortunately, such studies of antithrombotic and fibrinolytic pathways of prevention have been limited due to lack of safe compounds and the adverse reactions associated with current agents such as Coumadin. Nattokinase, an over-the-counter supplement used for cardiovascular health, is the most active functional constituent of natto, a fermented soy product. Natto has been consumed primarily by the Japanese for over 1000 years, a population with one of the lowest risks for cardiovascular disease and dementia. Cardiovascular disease and dementia remain the most challenging age-related health risks of the 21st century for Americans necessitating development of further effective preemptive strategies. Whether reducing the propensity for thrombus formation and/or increasing fibrinolytic activity can prevent the progression of atherosclerosis and cognitive decline has not yet been determined.

Natto (pronounced nat-oh) is a traditional Japanese food made by fermenting soybeans. Natto has been a popular and nutritious food in Japan for centuries and is known for its possible therapeutic effects on heart disease. A soybean based diet is thought to be one of the reasons for the low rate of heart disease in Japan. 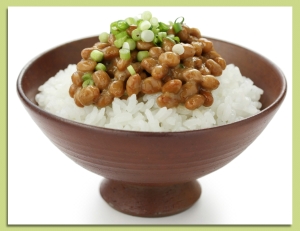 Natto has a distinctive, powerful smell that has been described as musky and similar in pungency to ripe cheese. It often comes wrapped in rice and seaweed. Natto has a strong, nutty and salty flavor and a slippery texture. In Japan, it is often eaten at breakfast with rice and, sometimes, with mustard, soy sauce, broth, vegetables or a raw egg. In that country you’ll also find natto sushi, natto toast and in some areas, natto dusted with sugar, even natto ice cream.
Because of its pungent odor, odd texture and assertive flavor, it’s a challenging food for most westerners (and some Japanese as well) to enjoy. Personally, I’ve come to like it occasionally, especially with sushi.

To make natto, soybeans are soaked overnight and then steamed for about an hour. Next they’re sprinkled with powdered natto bacteria (Bacillus subtilis) and allowed to fermen 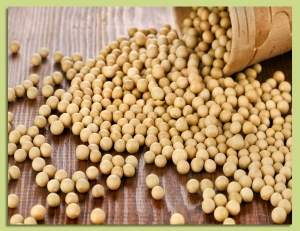 t for up to 24 hours. It then must be cooled and aged for at least a week to allow its characteristic flavor and texture to develop.

Like other fermented soy foods, natto contains vitamin K, which we need for normal blood clotting and regulation of calcium in the body, keeping it in the bones and out of the arteries. Adequate vitamin K intake also appears to reduce the risks of both heart disease and cancer. In addition, natto provides vitamin E and vitamin B2 and contains an enzyme called nattokinase, produced during the fermentation process, which is said to help prevent blood clots and which is being studied for it health benefits.

Nattokinase (pronounced nat-oh-KY-nase) is a component extracted and purified from natto. It is not found in other soy foods.

While natto may not be readily available in all regions, and may not be an acceptable food product because of its taste and texture, its active ingredient nattokinase is available as a dietary supplement. Since traditional natto is an acquired taste, some people prefer the tasteless encapsulated capsule form of nattokinase, especially since it may offer benefits similar to natto yet in a capsule form.

How does nattokinase work in the body?

Nattokinase has the distinct ability to make blood and other components in the blood less sticky. In this way, nattokinase has been shown in animal and human studies to reduce blood clotting and build-up of plaque in the arteries. As such, nattokinase has the potential for slowing the hardening of arteries and for reducing heart disease.

About the clinical trial NAPS

Using nattokinase under primary prevention conditions, we propose to conduct a randomized, double-blinded, placebo-controlled trial to determine whether decreasing atherothrombotic risk can reduce the progression of atherosclerosis and cognitive decline. We propose to randomize 240 healthy non-demented women and men to nattokinase supplementation or to placebo for three years. The primary trial end points will be measurement of carotid arterial wall thickness and arterial stiffness, early changes of atherosclerosis that can be measured safely by ultrasound scan, a non-invasive imaging techniques. The secondary trial end point will be ascertained through change in cognition measured by a neuropsychological battery. In addition, biochemical blood measurements and in vitro studies will be conducted to compare the effects of nattokinase relative to placebo on blood coagulation and thrombus break-down capabilities, blood flow properties, inflammation and inflammatory activation of endothelial cells that line blood vessels.

Non-invasive (no needles, no pain) carotid artery ultrasounds (sound waves) of the neck arteries will be obtained over the 3 years of the study. In addition, blood pressure will be monitored and blood will be drawn from an arm vein for cholesterol and other laboratory tests. Blood tests include measurements to follow blood thinning.

What are the risks?

Since nattokinase “thins” blood similar to medications such as aspirin and Coumadin (a blood thinner), bleeding is a possibility. However, the risk of bleeding appears to be quite rare especially if not taken along with other blood thinners.

What is expected of the participants?

Participants will be expected to take the nattokinase or placebo capsule (determined randomly) every day for 3 years. Participants are expected to visit the ARU monthly for the first 6 months and then every 3 months for the remainder of the study, undergo ultrasound examinations of the artery in the neck and to have blood drawn.

Are you eligible to participate in NAPS?

If you are a man or woman older than 55 years of age and do not have heart disease, stroke or diabetes you may qualify for participation in NAPS. You must not be allergic to soy or nuts.

What are we trying to accomplish?

At the conclusion of this trial, we expect to have sufficient evidence as to whether reducing the propensity for thrombus formation and/or increasing fibrinolytic activity can prevent the progression of atherosclerosis and cognitive decline.

These results will provide novel and important data that will be informative concerning primary prevention through the atherothrombotic pathway. Providing evidence for a reduction in atherosclerosis progression and cognitive decline with nattokinase is likely to shift the current clinical paradigm for the prevention of these chronic age-related processes. In addition, such evidence will serve to create a new field of discovery and opportunity for prevention of cardiovascular disease and dementia.

NAPS is under the direction of Dr. Howard Hodis, M.D. at the Atherosclerosis Research Unit (ARU) at the University of Southern California. 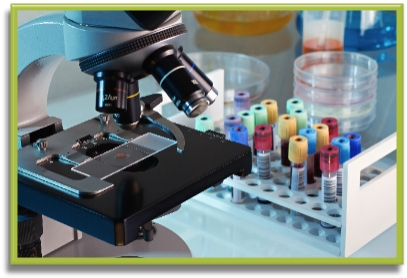 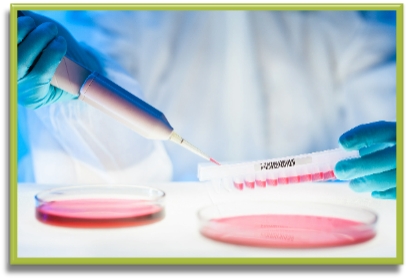 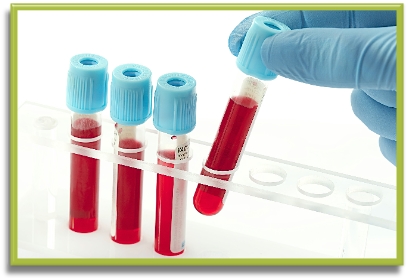